Insight into the Traditional Bulls of India

The bulls are given a lot of respect in India. They are fed as a custom and are worshipped. No Hindu will ever eat a bull as it is sacred. Cattle are considered as wealth in ancient Tamil and Sanskrit literature. They were measured as a unit of wealth. In the Tirukkural, education is considered to be wealth and the word used for wealth is madu, meaning cattle. This suggests that lives and livestock have co-existed in India since time immemorial. In most of the Shiva temples across the country you will get to see the idol of Nandi bull. It is said that if the Nandi bull is not worshipped along with Lord Shiva the puja is incomplete. Nandi bull temples are there across the country. Some of them are Brahadishwara in Tamil Nadu, Chamundi hills in Mysore, and Lepakshi in Andhra Pradesh.

The native breeds of Tamil Nadu and their significance

Tamil Nadu had six native breeds of cattle a century ago. One has become extinct over the last 15 years, and the other breeds are on the verge of extinction, which would be a huge loss. Some of the breeds are:

Native cattle are an integral part of rural life, and they have evolved over the years. They provide not only milk and farmyard manure, but are also used for ploughing and transportation.

A truth that not many Indians know is that people in Europe are not drinking the milk of Jersey cows but are using only its meat. On the other hand, we Indian are drinking its milk, which contains a poisonous chemical called CASOMORPHINE.

Research shows that the milk of Indian cows contains an amino acid Proline, which is strongly bonded to another amino acid Isoleucine. Native cow milk is full of goodness, and such milk, called as A2 milk can fight diseases and disorders like joint pain, obesity, asthma, etc. It is full of Omega 3 fatty acids which has the ability to clean cholesterol deposits in blood vessels. While Cerebrosides present in A2 milk increases brain power, Strontium enhances the immunity of the body.

On the contrary, A1 milk of foreign breeds of cows is harmful for the body. It has been proven through various studies. It can cause metabolic degenerative disease, High blood pressure and even diabetes type -1 in children.

To demonstrate the strength of the bulls and to honour those who bring up the stud bulls, annual sports are organised. And one of these sports is jallikattu. Jallikattu is an ancient sport, which was in vogue 5,000 years ago. In Sangam literature there are detailed references to hugging the bull (Eru Thazhuvuthal). It is often referred to as taming the bull, which is a misconception. It is actually embracing the bulls. The men hold on to it as long as they can and embrace the speeding bull. For jallikattu stud bulls are reared by people. They need to be virile, alert, and agile. The ones that win are much in demand for servicing the cows. Selective breeding is done to spread the species.

Male calves are in demand only in regions with a tradition of sports like jallikattu. Male calves are sold and taken to slaughter in other regions. This might lead to the extinction of native breeds.

Jallikattu also provides opportunity for bulls to be exhibited after the winter harvest. Cattle markets are held from December till April all over Tamil Nadu to enable spectators to see the best bulls on display.

To service all the cows of the settlement, villages in Tamil Nadu buy a common temple bull since small farmers cannot afford to keep stud bulls.

The genetic pool of the breed will not be healthy if they are not bred and reared in the in-situ region. In the absence of native bulls, farmers resort to artificial insemination. This results in the creation of cross-bred cattle.

For native breeds artificial means are not adopted. They will soon become extinct as a fall out of the banning of jallikattu. 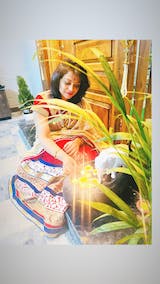 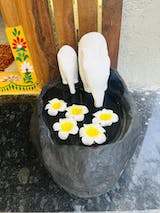